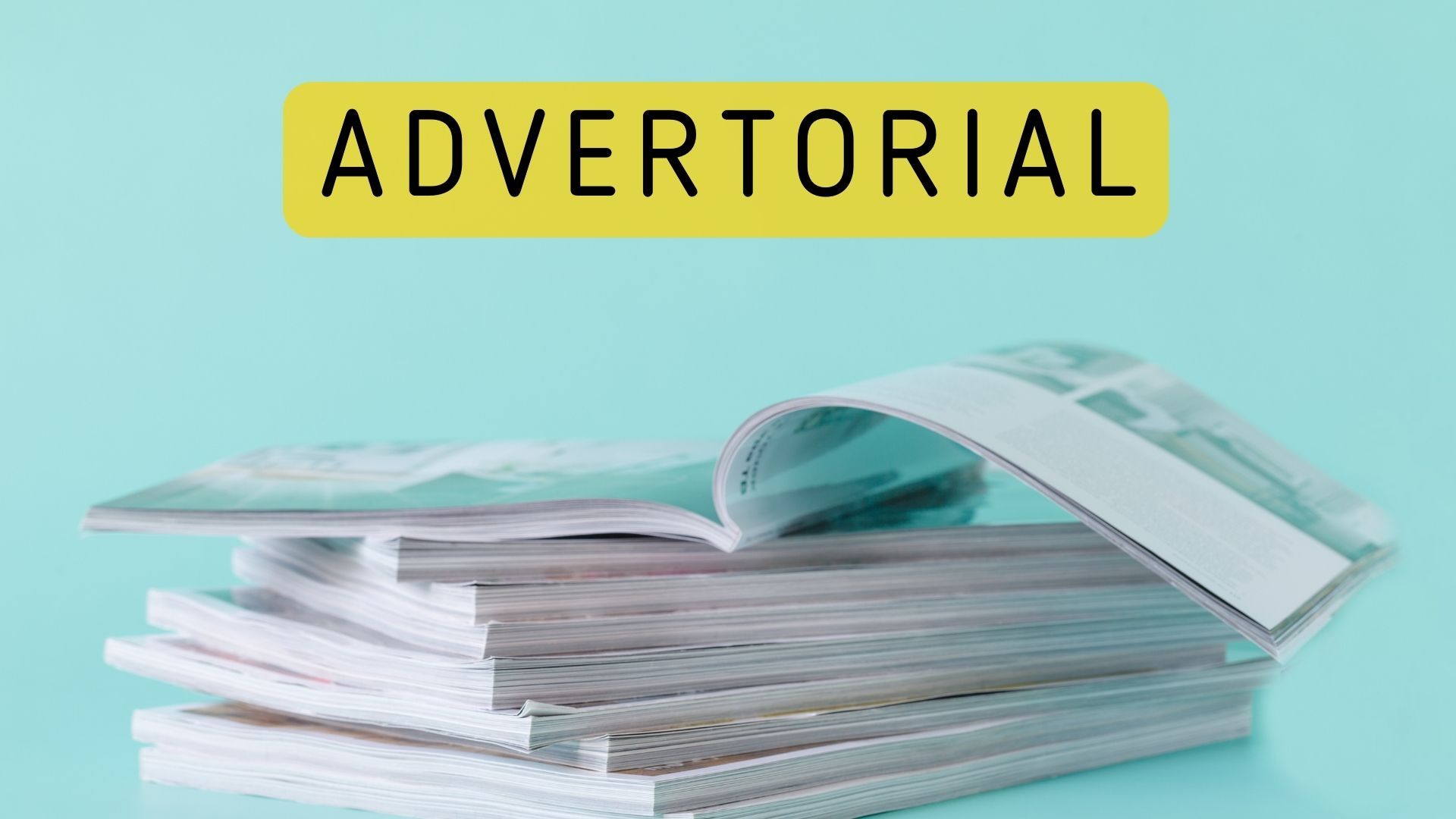 Definition: Advertorial is a form of advertising used in a magazine, newspaper, or website shared in the form of editorial content with a Call to Action to give information about the product and channelize favorable action. Brands, businesses, or marketers pay publishers for such advertorials to educate their target audiences about a particular product.

Advertorial is a form of paid advertisement disguised in the form of published content in a magazine, newspaper, or website. The reader often gets the feel of an editorial as it is usually opinion-based but also has some form of product, service, or research-based promotion.

Advertorials can also appear in video form on websites. They are also an integral part of contemporary content marketing campaigns to optimize brand/product presence, generate leads, and optimize conversions and sales.

In simpler terms, Advertorial is Words Advertisement and Editorial. They are usually used to inform prospective consumers about the features of a product or service. Advertorials can also be specifically targeted towards a set of audiences depending upon the medium they get published in.

An advertorial is more informative than an advertisement and therefore makes customers know about the product more. Typically, advertorials are published by an ad agency or the client. The ad space would then be bought on the website or in a newspaper or magazine.

It is important to remember that the term “advertisement” is often written in small letters at the top or bottom of your advertorials, as a rule in most publications. On particular pages, certain newspapers or magazines have opted to push these ads.

You must have seen an advertorial in a business newspaper.

Brands and businesses use them for educating a set of people who are more interested in any financial product, market, or economy.

It lets brands connect with the readers of that newspaper through a story that is considered more effective than any print or banner ad in a magazine, website, or newspaper.

Advertorial is a marketing tactic that is mainly used for brand recognition, conversion, and lead generation.

Ideas for advertorial posts related to a particular industry must be sourced to a publication involved in ads for that industry. For instance, if you run a beauty product business, a publication like Economics Times might not be The right option. Instead, a publication like Cosmopolitan, which is majorly bought by the same target audience, can be helpful.

An advertorial should be shown to audiences that are the most interested in that particular industry to increase exposure to the target group.

An advertorial might be a good alternative from the usually paid advertisement on social media or traditional media like television. It is less expensive than an advertisement and can strike a chord with the audience if well written.

For example, let’s say you used an advertorial in an online magazine. Generally, in other forms of advertising, you will need to pay more to boost the visibility of your ad, but with an advertorial, you won’t have to keep paying to raise your commercial exposure. One can continuously gain organic traffic with an advertorial.

It’s a great way to increase brand recognition on the web, promote your marketing, and obtain user-generated content from your audience to encourage your customers to share the post on social media and tag your company. User-generated content is a brilliant concept for content that offers happy consumers a voice from their perspective to sell your product.

Similarly, an advertorial can be embedded into an email list. Email subscribers are already dedicated clients, so it’s most likely that sharing the post with that group would win some traffic.

How to write an Advertorial

1. Offer value to your readers and do not promote

Valuable copies should be used in an advertorial. There’s no need to write a blatant ad for the product or company. Advertorials, instead, should take the tone of a blog post.

Blog posts are intended to provide data from which readers can find meaning. So, think about how to serve the target audience with educational content while building an advertorial idea.

It’s essential to match the data with the title in the post so readers know what they’re getting into when they read the advertorial title. Also, there is no point in risking credibility with misleading ads.

3. Give solutions to your customer

Serving consumers while writing an advertorial should be one of the top priorities. Yes, advertorials help the business out, but ultimately, new customers are created by solving them.

4. Inspire a Call to Action

Any advertorial should always be about the advertisement, even if it’s not as visible. And, like all advertising, the post should encourage action. The key with advertorial CTA is that you should weave them into the narrative of your editorial piece. You can add some resources or give links where your readers can get more valuable information.

5. Do not just glorify your company

To ensure that the advertorial doesn’t take a long-form ad, avoid talking about the company. While talking about a topic, just covering the aspect of your company is never suggested in advertorials. You should cover some of the relevant points of your competitors as well. All in all, your advertorials should not just be promotional.

Try out new ways of writing an advertorial that can be fun and interactive. Such content ensures more extended recall power. A study by Contently showed that two-thirds of readers thought that when they learned that a company endorsed an article or video they viewed, they were misled. The risk of advertorials, therefore, is that they can cause the customer audience to lose confidence. Hence there are some drawbacks too, but Advertorial as a marketing strategy is very effective if utilized efficiently.

On the concluding note, we hope you would have understood that advertorials look and read like a regular content of a publication but they are actually paid advertisements.

They are quite effective in educating and engaging readers in a conversion-driven manner.

How effective do you consider advertorials in optimizing lead generation and conversions of a brand?